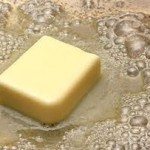 I was asked to write something for the Radley College 2011 rugby tour brochure to Australia. My envy of a trip like that just about allowed me to say yes. Maybe there’s a spot for a physio’s assistant? I have experience in this field.

There’s an old joke in Ireland about a tourist asking for directions to a well-known local attraction.  ‘Aye,’ says the local sage. ‘I know where it is. Only I wouldn’t start from here.’

The same might be said of a rugby tour to Australia. A visiting side from England can expect the sporting welcome to be more traditionally Australian than for anyone else. Australians hate to lose. They hate to lose even more to the English. Most chastening of all, and only in their severest nightmares, will they lose to English private schoolboys.

I know this. I have the T-shirt.

A few years ago, I wrote a book about why Australia excels at sport. The first edition of this book was called Manly Pursuits, because all my research took place in the Sydney coastal suburb of Manly. However, for the paperback edition the publishers decided to change the title to How To Beat the Australians. This was because beating Australians at sport, in the first decade of the century, was among the foremost challenges on earth.

The statistics speak for themselves. At that time Australia had world champions in twelve team sports and twenty-one individual sports (including eight-ball pool and orienteering). At the 2002 Winter Olympics the gold medalist short track speed-skater hailed from Brisbane, which summed up how the Australians had developed athletic talent to ridiculous extremes: ice-skating is not a popular sport on Queensland’s beaches.

In the book’s final chapter I tried to summarise the reasons for Australian sporting prowess, most of which I’d witnessed from a distant second-place in Manly. In brief, along with the weather, there are historical factors like the terms and conditions for licensed premises (read the book!). The New World porousness of class barriers helps with talent identification, and the absence of embedded Puritan guilt allows Australians to take sport far too seriously.  At the same time, at a social level, they stay fit and ambitious because their domestic television is rubbish.

I found more reasons than I’d expected. In a small population, most people either know or are related to someone who has lived the sporting dream. And if your neighbour or cousin has reached the top then so, conceivably, can you.  The culture of the beach has also played its part, providing a model for the accessibility of all public space. The federal and local councils support open-access municipal facilities that make it easy for anyone to walk round the corner and try a different sport. Anything else? Lots more, but I’ll end with probable genetic strengths like immigrant get-up-and-go (or as the Scottish rugby authorities sometimes moan: ‘everyone with get up and go got up and went’.)

Despite these advantages, I suspected even at the time that sporting Australians had hit a lucky streak.  They had reasons for their special feel for physical activity, just as the German-speaking peoples once had a genius affinity for music. All the same, Mozart and John Eales come round once in the history of existence.

I may have been right about that, because the Australians are not as sportingly dominant as they once were. I have a 12-year-old son who watched his first Ashes match in 2005 and now expects England routinely to win the urn three times out of four. In rugby, the green and gold of Australia hasn’t decorated the Tri-Nations rostrum since 2001, and the quarter-finals were the end of the line at the last World Cup.

Don’t be fooled. I always enjoy an Australia defeat, in any sport to any opposition at any time, but in rugby the fact that Australia competes at all is in itself a sporting miracle. Rugby is not the biggest winter ball-sport in Australia; it’s not even the most popular form of rugby.  In every State, rugby union ranks as the third football game, surpassed everywhere by two out of Australian Rules, Rugby League and Soccer.

This fact might give the touring Radley team grounds for complacency. Big mistake. The Australian competitive spirit is eternal and awesome, as different yet undeniable as stars in the Southern Hemisphere sky.  Radleians can expect the Australian teams to be organized, and on the physical side they may well be partly Samoan. They are likely to have a highly-developed sense of the directional concept known in rugby as forward.

This touring Radley squad can expect their Australian opponents to contest every tackle, every breakdown, every half, every game. If the red shirts leave any Australian field as victors, they will have earned our congratulations and will deserve a fitting celebration. The Australians will be searching out arrogance and softness. Be confident and strong. And remember, afterwards, to be grateful for every minute of what I hope will be an experience this group of players will treasure for the rest of their lives.