His 2017 memoir The Day That Went Missing won the 2018 PEN/Ackerley Award for literary autobiography, and was shortlisted for the Folio Prize and the James Tait Black Memorial Prize. In the USA the book was a finalist for the National Book Critics Circle Award.

Formerly Director of The National Academy of Writing in London, he has been a Visiting Professor at the University of Tokyo and a Creative Writing Fellow at the University of East Anglia. In 2017 he was a juror for Canada’s Scotiabank Giller Prize and in 2019 is a judge for the BBC National Short Story Award. 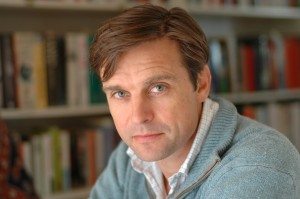 Beard is also an occasional contributor to the Guardian, The Times Literary Supplement, The Times, The Financial Times, Prospect and The Nightwatchman.

He studied at Cambridge, at the Open University, and with Malcolm Bradbury on the Creative Writing MA at the University of East Anglia. He has worked as a P.E. teacher, as Secretary to Mathilda, Duchess of Argyll, and as an employee of the Bibliothèque Nationale in Paris. In the Mendip Hills Richard Beard looked after Brookleaze, a house owned by the Royal Society of Literature, and lived for three years in Japan as Professor of British Studies at the University of Tokyo.

He is one of several opening batsmen for the Authors XI Cricket Club.