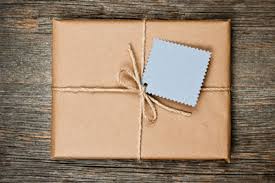 The Day That Went Missing has been chosen as a Book of the Year 2017 in the Sunday Times, the New Statesman, the Irish Times (International Non-fiction Book of the Year), the Evening Standard, the Tablet and the Times Higher Education Supplement. Extracts and links:

‘… more than just a study on grief, exploring memory and the savagery of the stiff upper lip. No book has moved me more this year.’ Rosamund Urwin, Evening Standard

‘A study in bereavement, it is very much more than that: an interrogation of memory, of the English class system, of the limits of language. It also features a surprising amount of cricket. I read nothing this year that I admired quite as much.’ Tom Holland, New Statesman

‘Clear-eyed, very sad, funny at times  and, despite the story it tells, ultimately uplifting in its determination to confront buried truths.’ Sebastian Faulks, The Tablet

‘…searingly honest and quite unlike any other book I’ve ever read.’ Nick Hillman, Times Higher Educational Supplement