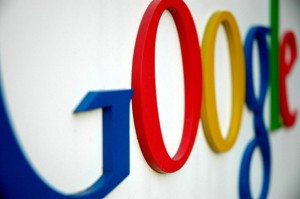 They used to say Pop Will Eat Itself. The internet missed the stage before that was supposed to happen. The navel of the internet was on the menu right from the start. For the letters G through I it’s the children of the internet all the way. Go online to find out what’s online, and then find out about the online features of the online material. Burrow deeper into the machine. Forget there’s any way out.

This is all I know about gmail: gmail is Google’s version of Hotmail, an online email service provided by Microsoft. I might be wrong, but I’m not going to look it up. I have a vested interested in sustaining the internet’s reputation for being unreliable. If you want the facts, if you really want to know something, to nail it down, go read a book. I once considered setting up a fake email identity, a sock-puppet. This would have helped maintain the anonymity of an anonymous blog. All the experts (online, of course) suggested that gmail was the answer. Now, if I see anyone has a gmail address I think hey, they’re a bit dodgy. Or they’re under the age of twenty.

Whereas Hotmail has different connotations for me. World travellers always used to have hotmail, before it became straightforward to access most email addresses remotely. Travelling around the world? Passport, money, tickets, hotmail account. This must now be out of date, perhaps as much so as when I used to travel for an hour and a half on a Sunday to get to the Hong Kong Cable and Wireless office for my fortnightly international phone call (‘why are you leaving me? I phoned a fortnight ago. What do you ever do for me?’) These days everything Microsoft strikes me as practically Amstrad.

This is something to do with pictures, but I don’t know what. One of those internet companies set up at college and sold for $850 million a few years later. Is it one of those? Sometimes I think the internet is the final battleground of the word against the image. My friend Dru Marland once told me the key to a readable blog is the image (she’s a photographer and illustrator, so she would say that) – the words should be thought of as captions. Bored by a thousand white-on-black blogs I thought she had a point, then came Twitter. Twitter was wordy, and I liked it. Instagram (is this right?) is like Twitter for pictures. It’s a counter-attack, and I’m on the side of the words. I’m in the legions. The fight goes on.