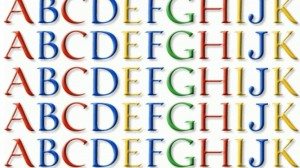 After I posted the ABC of my Amazon UK A to Z the ever-alert Dru Marland let me know that her D was Dambusters. This raises the uncomfortable possibility that Amazon single letter search suggestions are tailored for each person. Though that can’t be right. We’re on to DEF and I’ve used Ebay only once and have a perfectly good dictionary on my shelves. So I’ve decided to ignore Dru, or imagine that there’s an exception for any Google user who searches for Dambusters info more than once a day. You know who you are.

It makes me happy that so many people should be using Google to look up a dictionary. Presumably this isn’t to find out what a dictionary actually is, but to use the thing. It’s still a bit of a surprise because I’d have thought that a decent online dictionary would be worth bookmarking so no-one would ever have to Google it more than once. I’m unlikely to do this myself. I have a Collins on the shelf for proper reading and writing. When I’m reading on the internet I don’t pay enough attention to care about a word whose meaning I don’t know. Harsh on the web, maybe, but some of us remember you before you mattered.

I occasionally get emails from eBay explaining that my account has been hijacked or I’ve broken some rules and therefore need to send my bank details and possibly cash in an envelope. Nice try, phish people, but I’ve never bought or sold anything on Ebay. Actually that’s not true. I bought a boy’s size Barcelona 10 replica shirt with Messi on the back. This took some time to find as the blue and maroon ones are absurdly expensive and the 2012/13 away strip was horrific to look at. Eventually I found a greenish away strip from a couple of years ago – seemed to hit the spot, so I don’t know why I wouldn’t rush to use Ebay again. I trust shops more than individuals. I wish that weren’t true, but it would seem that it is.