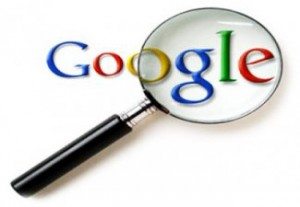 Has to mean something

The first letter of every Google search throws up a top-ten of eager suggestions. This function has a name but I’m not going to look it up. (Yes I am, it’s called Google Instant, so I now know that ‘Using Google Instant can save 2-5 seconds per search’. I didn’t need to know that).

This is ‘search enhancement’ that feeds the herd. Google has no idea what I want, but the Google prediction comes from where other people typing these letters most often ended up.

So a search for ‘Richard Beard’ offers a pathway from Rate My Professor through Ringworm and Ricin before I’ve even arrived at ‘Rich’. From ‘Richa’ onwards all the predictions are for Richards far more searchable than I am (Richard Gere wins the battle of the Dicks over Richard Dawkins).  I get the first ‘Richard Beard’ suggestion at Richard Bea, which seems sadly late in the day, but sooner than Richards Beardsworth, Beardsley and Beardsmore. Rubes.

There are days, maybe every day, when we are what we want. If that’s true, then Google Instant tells us who we are. The top ten suggestions for each letter of the alphabet give a snapshot of the collective UK unconscious in the middle of 2013. And if I repeat this process next June, and then again in 2015, the suggested search-words will change with our changing desires.

I’m going to look at Google Instant results from A-Z, and ponder the top three for each letter without clicking through. I don’t want to see what everyone else saw. In the Google information era I want to salvage thoughts and prejudices from facts and figures. Like in the old days.

My 2013 life is full of delusions, of incomplete understanding and false hopes. This is my real world.

Amazon is bad. They don’t pay taxes and they put independent bookshops out of business and there was something with Nazi guards persecuting immigrants in a German warehouse. I still buy from Amazon because sometimes I can’t be bothered to be good, even though I want Stert Street to have a bookshop. If Mostly Books flourishes, I feel my provincial town is less likely to fill with thugs who’ll beat me up at closing time. This is not a scientific correlation, and cannot be internet-checked in any meaningful way. Yet.

This is a site I genuinely don’t use, unlike Amazon, which I only pretend not to use. I listen to Radio 2 on the school-run (I like Chris Evans, so shoot me, though wish he’d stop recording his kids). I listen to Radio 5 for the moronic 606 programme and to TMS when it’s on, and to Desert Island Discs on iPlayer when I’m ironing. I reckon I get enough BBC. Somehow I don’t want to see BBC content written down, and I have the feeling that written BBC news is never going to match proper journalism. The reports will be worthy and dull, so that newsreaders can understand them.

Never clicked on this one either, but it’s where people go to set-up random sex dates. It may do other things, like recommend plumbers and electricians, but as content goes the sex dates are easier to remember. Personally, I wouldn’t use any service like this which is run by a named person – it gives Craig too much leverage. He might tell someone.

Other than that I know nothing about Craigslist, but you know where to go if you want the facts. There’s a website.

Post-script: the Google Instant suggestions change according to region, and it’s heartening to know that in the Google age of globalisation we’re not all searching for the same answers. Here are ABC searches from three countries other than the UK: