Squash - not Olympic enough for London 2012 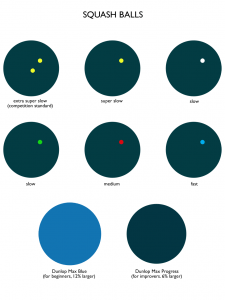 I have a piece in the March 2012 issue of Prospect magazine, on the Jerusalem Marathon. Here’s one I did last month, on squash (Feb 2012):

For sports with Olympic status, London 2012 is the golden ticket. Now is the opportunity to increase profile, participation and commercial partnerships. A medal or a notable contender, even a memorable cock-up (no-one forgets Olympian Eddie the Eagle) may establish a sport in the public mind for years to come.

Spare a thought, then, for the game of squash. After failing to join the Olympic family in each of the last two bidding rounds, squash will remain untouched by 2012 stardust.

‘It’s really disappointing not to be part of the countdown,’ says Laura Massaro, National Women’s Champion. She is also the US Open Champion, so this is a sport we’re actually good at. England has two players in both the Men’s and Women’s top five world rankings – our lost Olympic medalists.

According to the latest Sport England figures, more than 500,000 people play squash each month, and the people who play the sport love it. And as with all minority sports, they believe that given half a chance everyone else would love it too. This is one reason why Olympic exposure has such value, but to be a global draw for spectators a sport must also be loved by those who have never played. This is where squash finds its limits.

Nick Rider, Chief Executive of England Squash and Racketball, accepts that squash has been fighting the same battles for some time, ever since gym membership offered an alternative indoor space where fitness fanatics could go to sweat. ‘The 70’s squash boom was created because it was pretty much the only show in town, and perhaps in the 80s and 90s the sport failed to consolidate its position.’

This isn’t for lack of champions. In 2010 the English and World number one Nick Matthew won the World Open, the biggest prize in the sport. His impressive victory has made little difference, because the game of squash is at the same time both too hard and too simple. For beginners, the ball doesn’t bounce high enough. This makes each rally a huge effort, and at the entry level there’s no such thing as a gentle set of squash. Go gently, and you won’t get there at all.

For elite players, the sport becomes predictable – the four walls and small floor-area cut down options, limiting the potential for surprise. The game becomes attritional and the longest competitive rally, between Jahangir Khan and Gamel Awad in 1983, was timed at seven long minutes.

A great workout it may be, but that doesn’t make squash great to watch.

For two decades the governing body has been tinkering with the rules of the game, looking for a winning formula. The serving has been modified, as has the height of the ‘tin’ at the front of the court. The scoring system is more direct and professional players use a white ball, but these superficial changes leave the essential rebounding nature of the sport untouched: it’s a decent game to play but a dull one to watch.

Glass show-courts have gone some way to opening up the closed box of the court to spectators, and the Professional Squash Association is investing heavily in TV production.  New broadcast technologies and unusual camera angles can enhance the spectator experience. As Laura Massaro says, ‘it’s great to see the faces that players make at the front wall. We used to do all our expressions to the front wall because no-one could see them.’

A glass show-court also has the advantage of being portable, and matches have been staged beside the Giza pyramids and in the middle of New York’s Grand Central Station. The ambition to attract a new audience, or any type of audience, is admirable. Unfortunately, a game of squash inside a large glass box can look like a disturbing science experiment.

The effort to spread the faith goes on. The World Squash Federation has opened an office in Lausanne, to be closer to the power-brokers in yet another bid for Olympic inclusion in 2020. The average professional rally, according to US website squashtalk.com, is now down to fifteen seconds, and the UK game repays in professional victories the healthy contribution made by Sport England through its World Class Performance Programme.

As for TV companies, some may be lured by emerging markets – there are four Egyptians in the men’s top 10 and leading women players from Malaysia, Hong Kong, Mexico and India. Squash may be able to sell itself as a ‘red button sport’ – not for everyone but there if you want it.

The worst days are probably over – in the 90’s there wasn’t a sponsor for the National League, whereas this year a title sponsor was agreed for the Allam British Open. From 2013 this will be the flagship event at Dr Assed Allam’s planned multi-faceted Sports Village in Hull. No London 2012, then, but a confirmed spot in Hull for 2013. Every renaissance has to start somewhere.