All Blacks and no surprises 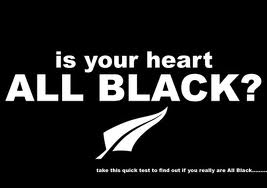 This was the Rugby World Cup that was going to extend rugby’s horizon. The game would show a surprising new face in unfamiliar surroundings to hundreds of thousands of potential start-up fans and players. Then the IRB decided to give RWC 2011 to New Zealand, and not Japan. This was a gift not just of the Cup, but of the cup too. Not even the flakey All Blacks could fail to win the Webb Ellis trophy with home advantage, though they tried their best, offering at the last a glimmer of hope to anyone who loves the game.

That hope was extinguished. The All Blacks held on for their win that had been ordained since the IRB decision in 2006. There were no surprises. The All Blacks win their first World Cup since 1987, thus bringing to an end the narrative spice that has made the first 24 years of the Rugby World Cup such a success: the All Blacks will be the best team and they will not win. Think how rugby would have closed in on itself if New Zealand had triumphed each time they assembled the best team in the tournament: 1995, 1999, 2003, 2007. Only New Zealanders have shed a tear over their team’s failure to kill the sport stone dead.

Now that they’ve managed to win again, albeit at home by one point to a limited French side, the rugby world should stop the toxic mixture of pity and cowering that has characterised the IRB relationship to the All Blacks. New Zealand rugby administrators have played a smart game ever since they politically outmanouevred the Japanese in the bidding for RWC 2011. In their black jackets and black ties they work both sides: as a small nation with limited revenue New Zealand needs special dispensations before the World Cup becomes too big for their limited infrastructure. They spin a story which says poor little New Zealand.

Conveniently, this obscures the fact that in rugby terms New Zealand is a superpower, and not averse to bullying those with less political rugby muscle. Witness their bleating in the middle of this World Cup that they might not have enough money to attend the next one. Here was the classic double-play – ‘poor us’ immediately followed  by an implied threat. Do what we want or we won’t be coming.

Let’s hope that the All Black administration can now put aside its self-pity, and see that rugby has interests outside the land of the long white cloud. Their bullying, whining insistence (yes, both at the same time – not pretty) that this World Cup be held in New Zealand has set back the ambitions of the game by at least eight years. However great a success this tournament might have been inside New Zealand, from outside it has been a drag. The story ended exactly as predicted. Each time an intriguing narrative threatened to make the tournament interesting, it was snuffed out by conservative play or incomprehensible refereeing.

Well done New Zealand. We no longer pity you. I hope that means we can stop indulging the caprice of your unhelpful rugby politics.