I heart the NHS (please be gentle) 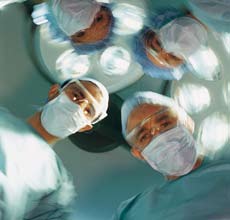 There aren’t many upsides to being a regular visitor to hospital, especially if you work there. This is the message I sometimes received from the nurses last year when I was in the Oxford JR to have my knee sewn back together.

This year, I ensured my regular summer bed on Ward 2A by breaking apart the other knee. I thought after a year of economic stagnation the situation might have deteriorated. Maybe the curtains hadn’t been washed since last July (my enduring memory of a year 2000 birth at RUH Bath was of bloodstains on the curtain. Not the one round the bed. The one at the window).

In fact the John Radcliffe Trauma Ward had been restaffing in Portugal and Ireland. Both nurses (one male, one female) were lovely and young and, I felt, wonderfully kind because they knew no better. Whatever has stood still in the UK over the last year, the equivalent has been going backwards fast in Portugal and Ireland – they’ve been manufacturing nurses they can’t afford to employ.  The UK is taking advantage, especially as the UK salary of a first-year nurse is less than the same nurse receives in training while over the Irish Sea.

Staring at the clean curtains, and then the view towards North Oxfordshire and Chipping Mordor, I was mostly in sombre mood. Back so soon a second time, I wondered if there was something I hadn’t learned properly the first time. It might have been the inadvisability of applying logic to surgical situations. Calculating, for example, that every surgeon has his first solo job.

So thank god for anaesthetists, who take away all responsibility for rational thought. They apply the heavy medicine, and then make smalltalk until the anvil falls.

I have a stock answer to this not unfamiliar question. ‘Yes,’ I say. ‘Especially among people who know who I am.’ This has the advantage of being both clever and true, and avoids the embarrassment of getting into actual numbers. (‘Hundreds? Thousands? Have you been on the telly?’)

But no, on this occasion oblivion was imminent and I thought blow it. I’m about to go under the knife, I may never wake up, so what is the value of elegant deflection at a time like this?

Which were, probably, my last words, and contented I fell asleep.

Two hours later, when I woke up, the anaesthetist made a point of coming over.

‘We googled you while you were under,’ she said, and not in an unimpressed kind of way. I smiled. Probably the soulful morphine, but also because I did learn something the second time round. Self-deprecation is rubbish.