4. Bulldog Holmes Gets Angry in Latin

From I’m No More of an Idiot than Anyone Else 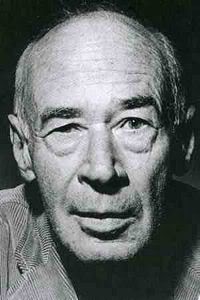 I forget now which writers Lantelme liked best. Probably Flaubert, Racine, Balzac, de Maupassant, but I don’t remember any discussions about the great Russian authors – Dostoyevsky, Tolstoy, Gogol, Gorky and the rest. And Lantelme wasn’t a chauvinist! But why travel when his own mental landscape was so rich and cultured? He preferred to talk about Homer, Ovid and the Greek dramatists.

I want to go back for a moment to the Cafe de la Liberte. The second book in French that I tried to read, and this one was much easier than the first, was New York by the author of Ouvert La Nuit and Ferme La Nuit – Paul Morand. I read those two books, in English, in New York. Everyone knew Paul Morand –  a real best-seller. During my first year in Paris when I was really depressed, I wrote to Paul Morand, asking if I could be his secretary, his lackey,  I didn’t care. No reply. Twenty-five or thirty years later, he send me a telegram inviting me to have dinner with him at the Pont du Gard. At the same time he wrote saying how much he admired my work. Still no reply to my earlier question.

Old Lantelme was well-acquainted with the classics. often he spoke of Latin writers like Terence or Tertillian, who were completely Greek to me. I hated Virgil, Cicero, Caesar and all those others we were obliged to read at school. Of Virgil, for example, I’ve only retained two phrases – ‘Rari nantes in gurgite vaste‘ [a few swimming in the vast deep] and ‘timeo danaos et dona ferentes.’ [I fear the Greeks, even when bringing gifts]

Much more important than the Latin was our teacher Bulldog Holmes. That was a man who should have been living in an asylum. He always dressed as a gentleman, with a bowler hat and even a monocle. And he was always angry. When he got mad his lips trembled, and the veins at the side of his head swelled up with blood. During these fits of his he looked like a monster. Then one second later he became a gentleman again, all smiles, all friendliness. He used to pull himself up to his full height, raise his fist, and shout into it as if it was a trumpet: Hic, haec, hoc, huius, huius, huius, etc. etc. huic, huic, huic, and ordered us to repeat after him in an equally loud voice.