Rugby Action in Invictus - the Autopsy 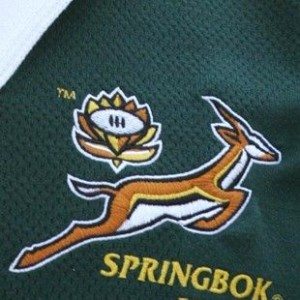 When Clint Eastwood’s film Invictus opened in the UK earlier this year , I was asked to review the rugby angle for the Daily Telegraph. The results, in my opinion, were not pretty. I go on, at some length, to describe why the Invictus rugby action is about as believable as a Brian Moore apology.

However, I was cleaning up my office this week and came across the press notes. A PR person handed me these (while offering me a beer) when I went to the screening at the Warner HQ in London. I stuffed the notes in my case and promptly forgot them. For anyone not familiar with these documents, I have 32 single-spaced A4 pages explaining that Mandela and Eastwood are what any sane person would call a half-decent tag team. And apartheid was a hell of a bad thing.

When I saw the film it was my job to report on whether the rugby action worked. The answer is no. Now I know why.

Gulp. I wrote this:

“I can see just enough to make out that Springbok fly-half Joel Stransky is having a bad day with the boot.  He can’t punt a rugby ball, and his incompetence is so striking (in a Test Match, Brian!) that I want to see immediate replays of his flawed technique.’ 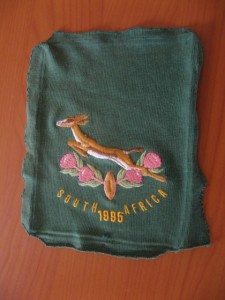 In the press notes I come across this:

“Scott Eastwood, another rugby novice, played the role of Springbok member Joel Stransky, who was responsible for all of the points scored by the team in the World Cup Final.”

Having said that, Clint started off with the right idea about rugby: ‘It’s a very tough game, and the guys who play it are a special breed of cat.’

Right on, daddio. Which is what Scott might have muttered, head-wound bleeding, as he emerged from the bottom of a ruck wondering why not Westerns?

The notes contained one other interesting piece of information. Now that synthetic shirts have taken over the game, the 1995 South Africa jerseys had to be ‘specially knitted’ in cotton. However, the Springbok logo of today faces in the opposite direction from the logo of 1995. Cock-up or carefully considered decision? Will we ever know?