3. Everything was a Headache

From I’m No More of an Idiot than Anyone Else 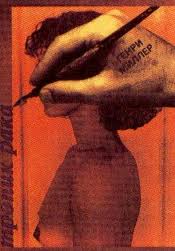 Tropic of Cancer in Russian, I think

I was almost forty years old when I arrived in France. I knew three or four words – oui, non, Bonjour, Excusez-moi – and that’s all. I never studied French at school. I chose to take four years of German instead. So I had to learn French quickly. I did this in the street, at the cinema, while popping out for the shopping. Everything I heard was new and novel, everything was a headache. Children used to mock me for my grammatical mistakes or my pronunciation. In restaurants, instead of saying ‘I’ve finished’ I used to say ‘I have expired,’ and so on.

Eventually, after two years of this, Anais Nin found me a teacher, a charming old man, well-educated and very friendly, who was called M.Lantelme. (He didn’t know one word of English, fortunately). I had already begun to read French books. I remember my reading sessions at the Liberty cafe, near the Montparnasse cemetery, with the first French book I read – Moravagine by Blaise Cendrars. Of course I made use of a French-English dictionary. A bit later I dared to try reading Journey to the End of the Night by Celine. That, however, was another pair of sleeves.

I remember my meetings with M.Lantelme during this period. ‘How could I have the temerity to read someone like Celine when I hadn’t read Voltaire or Balzac?’

Ah, Celine was one of life’s big experiences. Yet again I recognised that it’s not necessary to understand every word an author writes, but to share his soul. I was fascinated by Celine. Some years later I re-read him, this time in English. It wasn’t the same. Celine is untranslatable.

Inspired by my enthusiasm for Celine, I tried to explain him to my teacher. M.Lantelme was, however, stubborn. Nothing could convince him that an author who wrote using that kind of language deserved to be read. (At this time Tropic of Cancer existed only in manuscript. Otherwise he’d have been able to find an affinity between Celine and myself.) Despite my admiration for Celine, I never met him (not even during the period I lived in Clichy).