Him and His Leg 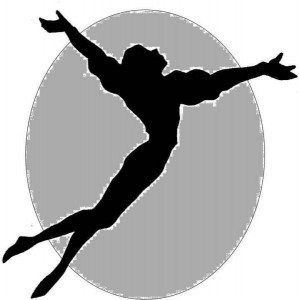 man on the boundary

The ball is dark and already falling from the blue summer sky.   Like a minor, tragic, ill-fated character in a futuristic totalitarian novel (set in the kind of world where adjectives spread berserkly) I am conditioned to run.  I run.  The ball is a long way to my right.  The boundary rope is inches to the side of the soles of my cricket boots.  If I leap and stretch out my hand the moment of glory will surely be mine.

Which means Im not looking where I leap.  The foot lands and then the knee somehow snaps, with an audible crack.  And my first thought?  I have not caught the ball.

Later, when the ambulance is parked on the field (the driver stops respectfully on the non-playing side of the boundary-line) I learn I’ve snapped the tendon that connects the upper half of my leg to the lower half.  This explains why I no longer have a visible kneecap, just an unpleasant depression where the kneecap used to be.  Crystal, who is my personal paramedic from heaven (likes bicycling, It’s a Knockout and Ibuprofen, dislikes old ambulances, the night-shift and her knees) immobilises the leg and loads me onto a wheeled stretcher.

I recently had a reason to include the follwoing stats in a book of essays about to be published in Japan:

‘Research carried out at George Washington University has attempted to calibrate the injury risks of various different sports.  The martial arts have the same injury rate as rugby football, about one per fifty hours of individual participation.

More dangerous sports do exist, like horse-riding and diving, but many other sporting pursuits are significantly safer.  Basketball has one injury per hundred hours of participation, while running involves one injury per 200-400 hours.  Surprisingly, given the intensity of the game, squash-players can expect just one injury for every 1000 hours of play, and tennis-players are even safer, with one injury every 1400 hours.’

Since my last serious injury (cruciate ligaments at stand-off for Old Bristoleans in 1993) I reckon I’ve played 25 (av. matches per season) x 80 (minutes per match) x 9 (seasons 1994-2004) = 300 hours of competitive contact sport.  Six times the recommended dose (without even starting on the training, which is rarely uncompetitive because boys will be boys).  I was due.

It seems to me the cure is not to stop competing, but to start competing in a different way.  See ball, watch ball.  Then instead of running, make a calculation that involves my current age divided by percentage of effort multiplied by the likelihood of injury.  Equals:  I may sometimes be guilty of pulling the leap.