National Academy of Writing at the Royal Court 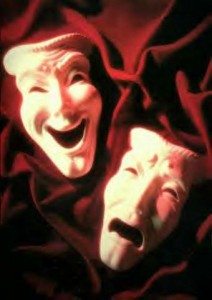 Extracts to be performed:

Set in the Korean community of Los Angeles, Sidekick is the story of the Hwang family and the secrets that they keep.

The Men Outside by Roger Noble

Frank the gangster is getting on – he knows he’ll have to hand over his petty empire to one of his deputies. When the son of one of them visits he sees a paranoid old man, unrealistic about his abilities and increasingly unable to cope.  But the old man isn’t finished yet.

Some Garden by Federay Holmes

A man can’t help it if his wife grows fat on stolen greens.  A pregnant woman will do anything for a vegetable. And a strange child is born who wants the moon.
“I don’t want to get heavy.  Things just happen – you know?  Take Us.  One minute we’re free, next minute we’re fat.”

These script-in-hand performances will be directed by theatre director Jenny Stephens, who works with the writers on developing their plays.