Flintoff and Strauss in Fair vs Honest Row 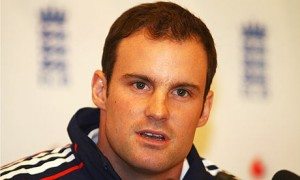 The latest news from England’s leaky cricket camp is that before the Headingley duckshoot Freddie Flintoff declared himself fit.  Captain Andrew Strauss, acting on the advice of doctors, disagreed and decided not to include him in the team.  Given Flintoff’s participation at Edgbaston, where supposedly his knee felt no worse, that doesn’t seem very fair of Strauss.  Given the opinion of the doctors, it doesn’t seem very honest of Flintoff.

This isn’t the only subject on which Flintoff and Strauss disagree.  When interviewed, Strauss buys himself time to think with the thoughtful preface ‘to be fair…’.  Flintoff, on the other hand, prefers a bluffer, salt-of-the-earth ‘to be honest…’

Both players have perfected their own preferred stalling mechanism through sheer repetition.  Strauss is absolutely insistent, to be fair, that he’s being fair, although to be honest Freddie refuses to be outdone in how often he claims to be honest.

In Cardiff when Australia reached 674 for 6, and again at Headingley when England were flattened for 102, Strauss thought it fair to say that the Australians hadn’t played too badly, to be fair.    Flintoff, on the other hand, has had to admit on many occasions that to be honest his knee isn’t feeling 100%.

As a general principle, is justice or honesty more important when making public announcements as an England player?

The philosophical is personal.  Anyone who insists on prefacing every public statement with ‘to be fair’ casts doubt on their own fairness.  They’re probably compensating for an inner tendency to be exactly the opposite, just as a public figure who overuses the phrase ‘to be honest’ is betraying the likelihood that more usually he thinks in falsehoods.

‘To be fair,’ Strauss will say on announcing the team for the Oval Test, ‘Ian Bell can be expected to provide the England team with the temperament and skills lost to us since KP’s injury.’

To be fair, then, Strauss has chosen his preface because he has a history of behaving unfairly, either standing his ground when caught or claiming catches when the ball hits the ground.  Flintoff is dishonest (in a self-deluding way), and claims to be fit when one of his knees is so swollen it can be twisted into a sausage-dog at parties.

To be clear, at least we know where we stand.