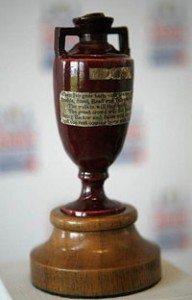 I was scheduled to make an appearance on Sky Sports News today to discuss England’s feeble capitulation in the last Test of the Ashes series.  The interview was arranged on Friday morning.

The last time I was on, a couple of weeks ago, I was marking the three-year countdown to the London Olympics.  I was there to give my views on whether British athletes could expect triumph or disaster, though I suspect my role was to make the case for disaster.

I am the Loss Correspondent.  I am the why-oh-why man.  Something must be done.  Don’t know what?  Ask me.  Where are the medals?  I know where to find them.

This is because in 2005 I went to Australia to look for the answers.  They’re all in the book How to Beat the Australians, and I talk a lot of sense.  That’s because I mainly write books, and not newspaper pieces.  I don’t have to generalise wildly after every England up and down, or pretend that single defeats or victories interrupt the more meaningful curves of (under)achievement.  Books are sense whereas papers are sensation.

This morning, when it looked as though England might regain the Ashes at the Oval, I was stood down.  Sky decided to send every unit they had, plus the kitchen sink and the ticker tape, to the Oval.  They decided that England regaining the Ashes on a sunny Sunday afternoon in South London was not the time for common sense.

And I completely agree with them.  Rev up the open-top buses.  Forget the underfunding and the lack of free-to-air television and the abuse of public space.  England are the greatest.  Knight every one of them.  Even Ian Bell.