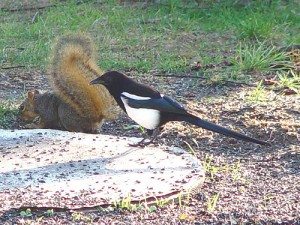 You’ll find that the English are more sentimental and more capricious than us French.  The films and plays liked by the general public here are swimming in sentimentality.  Clearly we’re no longer in the era when Dickens, at the end of his novels, had to satisfy his public by reassuring them that all his characters ended happily.  But among the English there are many who hang on to the need to believe that England is Paradise on earth.

They know the weaknesses in human nature, but would be made unhappy if they had to admit to them publicly.  This is the source on one hand of their sentimentality and on the other their need for a moral mask.

The English sincerely wish to believe that human destiny, but above all their own, is determined by moral scruple.  To make an Englishman do anything, it is only necessary to propose some action which conforms to the interests of his country and which can also, with more or less truthfulness, be described as moral.

Even with animals, or at least the animals they like, the English seek sportsmanlike behaviour.  For them, a good dog is a gentleman; a trout is a lady.  I’ve picked this letter from the Times, written by a clergyman.  He writes:

‘I think that the following story, to which I was a witness, will interest your readers.  This morning, in my garden, two magpies and a squirrel organized a race from the bottom of a tree to the top.  The squirrel climbed up the length of the trunk, while the magpies jumped from branch to branch, and I’m happy to say that neither of the birds took immoral advantage of their ability to fly.  Both of them showed themselves to be genuinely good sports.’

How charming.  This fine fellow, who himself attaches the highest importance to conventions and rules, shows himself naively convinced that these qualities keep the same value in the world of birds.