(From The Daily Telegraph, July 4th, and I so wanted to be wrong.) 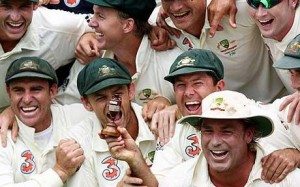 'Australian cricketers - what did you expect?'

The Aussies: Right on Top

When England beat the Australians in 2005, the celebration was a deranged combination of New Year’s Eve, Summer Holiday and an official state reception. Cakes and ale and bread and circuses. That’s how much it means.

Alas, such garish outbursts of joy reflect the unlikeliness of an England win. An Ashes series looms once again, spreading the chill shadow of Australia’s recent dominance. Forget their early exit from the Twenty20 World Cup – Test matches are what Australian cricketers do best. Can you feel it? Here it comes, that familiar dark-green aura: unflappable, relentless, invincible. They’re coming to get us.

An English sense of sporting inferiority is nothing new. As long ago as 1905 the Daily Mail was wondering whether “the colonial is born and bred on a higher mental and physical scale nowadays as compared with that at home?” By any standard 1905 counts as early doors, but were Australians already inherently better at sport?

It would seem that they were, and still are. At the last Olympics there was solid satisfaction to be had at finishing above Australia in the medals table for the first time in 20 years. There is, of course, a but. There were no medals on offer for cricket or rugby league. Also, the countries closest to Australia in population are Syria and Mozambique, who managed a combined Beijing medal haul of zero.

So what makes the Australians so good? It’s a simple question, and in the darkest days before the 2005 miracle even the more thoughtful cricket correspondents slumped with despair: “Strength of character holds the key to Australia’s dominance,” wrote Christopher Martin-Jenkins in The Times.

To me, this felt like a personal slight. It was as if the temperament of every Englishman was made suspect by a dodgy cricket team. I didn’t want my character represented to Australians by teams of under-achieving and apparently weak-willed compatriots, so before the last home series in 2005 I took the battle to Australia.

I set out to infiltrate the sporting sub-structure of one Australian community. What was so indomitable about its sporting psyche? What kind of men were these? Conveniently, there was a sign-posted destination for just this information: the Sydney suburb of Manly.

Sport in Manly, Australia is immediately visible. Off the ferry, into the coastal sunshine and on to the Pathway of Olympians. This is a harbour-side walkway with a pavement-level brass plaque for each of Manly’s 100 Olympic competitors. That’s 100 Olympians who originated from this small Sydney suburb, a proud local heritage extending from “Stan Rowley, 1900 Paris, Athletics” to “Leonie Nichols, 2004 Athens, Synchronised Swimming”.

I came across a range of sporting venues unmatched by many medium-sized English towns. I visited the Manly Oval (home to top-grade cricket and rugby union), three lawn-bowling greens, tennis courts (“open seven days a week, day and night’), the Group One Manly Golf Club (course record: J Nicklaus) and finally the golden stretch of Manly beach, home to the first ever World Surfing Championship and birthplace of Olympic beach volleyball. 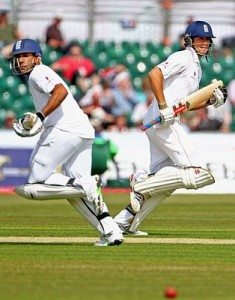 This means that, all year round, whatever else is happening, Australians are playing sport in Manly. Often against a selection of sacrificial Englishmen. On the day I arrived the lambs were the under-16 rugby team from King’s School, Worcester. It was the first match of their tour and they had their excuses ready, assuming that their Australian schoolboy opponents, as if by divine right, would be stronger, fitter and more determined. But why? I questioned the English will to win.

“We want to win a lot,” insisted the 16-year-old Worcester captain. But then he added, “Our really quick player broke his leg.”

The Manly boys ran out convincing winners, another generation effortlessly asserting its sporting superiority. I was outraged. As they say in politics, usually to little end: Something Must Be Done.

I therefore spent the next six weeks in an intense personal battle with Manly Australian lawn-bowlers, small-bore rifle shooters, golfers, swimmers and surfers, runners, and dead-eyed quiz fanatics. With little regard for my personal safety, I pitted myself against Manly Australians below the top level, at my level, and this is what I learnt.

The Australians are at ease with major sporting events because they’ve perfected the minor sporting events that make communities proud. From Sunday-morning swimming races to pub fun runs, there’s a cheerful efficiency that respects the importance of taking part, but never forgets the sustaining ritual of recording the result.

“Otherwise, why get out of bed?” a golfer asks me, out of bed and ready to take on the Manly golf course after his second, easily defeated heart attack. “If you don’t care who wins, why bother scoring?” 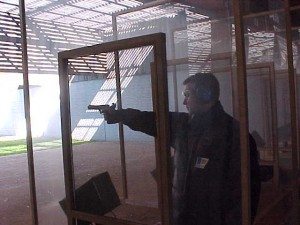 And even down at my level, Australians unfailingly keep the score because they care who wins. Within a week of starting to learn to swim, I was invited to race. At Manly Rifle Club, a training night was enlivened by an Open Postal Shoot. On a Tuesday evening, when rival shooters can’t always meet at the range, they will take on other competitors by post. The targets are sent in the next day and the results collated and published. Competing is more than a habit, it’s a compulsion.

This compulsion keeps Manly sportsmen going for a lifetime. I ended up playing against many Australians older than me, and I was interested to know whether any of these former contenders felt they became more or less competitive with age. None of them understood the question. I couldn’t find a single Australian sportsman, no matter what age, prepared to admit he was old.

This positive outlook is pervasive in Manly, and Australians are unashamed to be confident – they back themselves, as their very own saying goes. The English sense of perspective takes in the view of failure, no bad thing in most areas of life, but in sport the one-eyed Australian is king. And it isn’t just the English who recognise this. In Manly I found a New Zealander who was ready to concede that Australia produces the finest sports-people in the world.

“But how can we know that?” I protested. 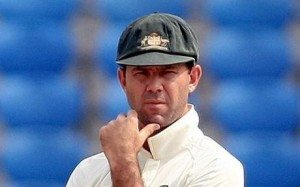 I spent the Ashes summer of 2005 doing just that. I found the most eloquent answer time and again on Australian faces, in a particular look that settles as soon as someone starts taking score, recording the result. This look will be very much in evidence in Cardiff when the Ashes series starts on Wednesday, because it’s a facial expression as Australian as the Chappell brothers or Ricky Ponting at his meanest.

Most sports followers will be able to picture the narrowed eyes, the creased skin, the thinned lips. Military veterans have the thousand-yard stare, but Australian sportsmen are more focused, the stare both endless and beamed in unblinking at 22 yards. All Australian sportsmen have it, learn it, or grow it. It’s an expression chiselled by years in the sunshine, a squinting single-mindedness, a tunnel vision that excludes the peripheral flicker of doubt and self-destruction. Think you can beat me? Think again.

In Manly I saw this look behind a rifle sight, on the golf course, at the pool, on the bowling green, and in the final-round showdown of a quiz that hinged on the name of Shakespeare’s son. Make the look waver, as it did four years ago in England, and then an Australian sportsman may falter. 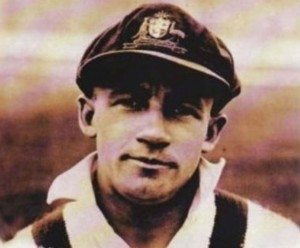 Unfortunately, deflecting the look isn’t so easy. That distinctive Australian stare shows how important winning can be, which is one of the reasons Australians so often win. After 2005’s Trafalgar Square jamboree, we can’t pretend winning isn’t also important to us. From experience, playing for the bit of England represented exclusively by myself, I know that we have an equally undaunted will to succeed – and I can swear we try every inch as hard.

But sometimes, as I found out in Manly, that isn’t always enough. If strength of character was all that mattered, and not climate or funding or coaching or the protection of public space or opportunity or talent identification or immigration or history, then we too could grow a hundred Olympians per suburb. And also be confident of winning back the Ashes. But at the risk of contradicting an expert, it’s not only character that counts.

‘How To Beat the Australians’ by Richard Beard is published by Yellow Jersey Press, £7.99.