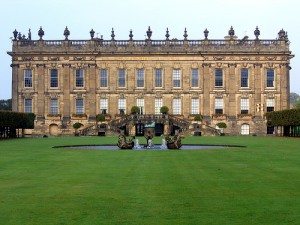 'a little place in the country'

At least until you’ve found your feet, speak little.  In France it is impolite to let a conversation drop; in England it’s imprudent to pick it up again.  No-one here will reproach you for your silence, and when after three years you still haven’t opened your mouth they’ll think:  ‘What a calm and pleasant Frenchman this one is.’

Be modest.  An Englishman will say to you: ‘I’ve a little place in the country’.  When he takes you there, you’ll discover that the little place is a stately home with 300 rooms.

If you are a world champion tennis-player, say: ‘Yes, I don’t play too badly.’  If you’ve sailed a six-metre skiff across the Atlantic, you might mention you do a little canoeing.  If you’ve written books, say nothing.  In time, they will discover for themselves your regrettable but inoffensive weakness.  They’ll laugh and say ‘I know your secret,’ and that will bind you together.

If you are treated unjustly (because the English are sometimes unjust) go straight up to them and explain your grievance.  There’s a good chance they will recognise they are in the wrong.  They’ll play up and play the game.

Golden rule:  Never ask questions.  During the war I lived six months in the same tent as an Englishman.  We shared the same bath but he never asked me if I was married, what I did in peace-time or about the books I was reading under his nose.  If you volunteer any private information, you will be heard out with a polite indifference.

Keep your thoughts about other people to yourself.  Gossip exists here like anywhere else, but it is more rare and more serious.  There is no middle ground between silence and scandal.  Prefer the sound of silence.