Samurai Rugby: The Way of the Warrior: Times Notebook 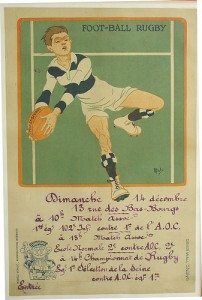 Men and women all over the world would like to be fearless, tough, stoical, and accepted into an amiably like-minded team that wants and needs to work together. It’s not just New Zealanders. This explains why the game of rugby is spreading, and the less established rugby nations growing stronger.

Different countries take the universal rugby values and shape them in different ways, and Japan is a good example. Watch closely the next time a Japanese player is replaced during a match. He will turn after crossing the white line and bow to the opposition, to his team-mates, to the pitch itself. This is a ritual familiar from martial arts – the rugby player is saluting his large open-air dojo.

In Japan, rugby shares history with judo and kendo as a vehicle for keeping alive the samurai ideals of bushido, the way of the warrior. When the game entered the country through the port cities of Yokohama and Kobe more than a hundred years ago, a modernising Japan was looking to graft ancient values onto activities that didn’t involve swords and necks.

The martial arts of the pre-Meiji era samurai were collectively known as bujitsu. The values that derived from these combat skills, and crossed over into the modern age, became budo. In that sense, bujitsu is to budo what jujitsu is to judo, the latter a codified and sanitised version of the former. At first glance it seems that rugby is more of a budo sport, especially as a striking feature of Japanese rugby is the lack of violence outside the rules. There is a reason for this: the game provides for plenty of violence within the rules.

Rugby’s unabashed mayhem makes the game more bujitsu than either kendo or judo, and socially it was preferable because a team sport allowed elite samurai values to be introduced quickly and efficiently to a wider population. This is how rugby found its way into the new national education system, so that there was already a high-school national championship by 1918.

Ever since, Japanese rugby has continued to encourage and instil the samurai virtues of seishin ryoku (spiritual strength). In rugby there will always be takers for ganburu (do your absolute best) isshokenmei (give everything), konjo (bottle) and gaman (endurance and perseverance).

Whereas Western sports-people grow fit on a dual philosophy of healthy body healthy mind, Japanese sports involve a third element, the spirit. The concept of seishin implies body, mind, and spirit, all three together the vital ingredients for success.

This is where the established nations can learn from those they usually disregard. The 6 Nations teams are physically honed and psychologically tuned, yet when these preparations fail they promise at least to play with ‘heart’. They haven’t fully understood what’s required. They don’t have the language.