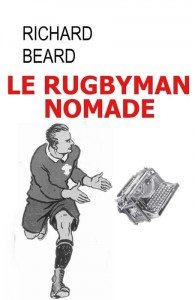 Visitors to this year’s Rugby World Cup will notice, at least during daylight hours, that the natives are speaking a foreign language. This is the first tournament hosted by a non-English-speaking nation, and in its rugby vocabulary France insists that the game is more than muscles and bish-bosh, even at scrum-time.

Le scrum is not a word that rugbymen across the Channel decided to adopt. They could have done so, alongside le drop, but for the heart of the battle they revived instead la mêlée, a word last used in a competitive context in the 11th century. In the medieval period la mêlée was used to describe collisions of courtly knights in mock battles. Plus ça change. In rugby, too, elite specimens of French manhood display skill and courage while risking injury. They strive at a contest invested with ancient virtues such as honour, loyalty, perseverance, self-control and, once the lists are over, courtesy and hospitality.

English-speaking rugby arrives at a similar place by way of 19th-century muscular Christianity, but the vive la différence is in the detail. The troubadours who immortalised the original mêlées first emerged in Languedoc, one of France’s most passionate rugby regions. Among other chivalric ideals, these singing, drinking raconteurs also popularised notions of courtly love, and the French language allows modern rugby knights to compete for their own aloof and highly valued elle, the ball itself.

For “ball”, footballers in France kick about le ballon. La balle is more commonly chased by rugbymen, especially in the South, and the feminine noun more accurately suits a Gallic idea that the unpredictable, infuriating rugby ball, never bouncing in the expected direction, has to be female. She’s unreliable, desirable, valuable, dangerous. Elle, elle, elle, they say, and of course they’re talking with reverence about the ball.

It’s the shape of this ball that has led to another, newer term, L’Ovalie. This refers to an entire rugby-shaped world-view. L’Ovalie is life through oval-framed spectacles, with the game at the centre of a robust, good-humoured, staunch, well-fed, half-cut attitude of romanticised independence. L’Ovalie appeals to the oppositional instincts in the French soul that have always been well served by rugby – oval against round, villages against towns, the South West against Paris, and, in the international arena, Francophones against the global Anglophone conspiracy.

Rugby union needs the teams that don’t speak English. Without them, the sport can look like an old boys’ gathering of ageing Home Nations and bullying former colonies, all with a patronising disdain for anyone who can’t immediately find a rhyme for rugger.

Sadly for the French, their first match on home soil was against the other nonEnglish speaking country to have made serious international progress. Merde.