Honey, I Shrunk the Planet 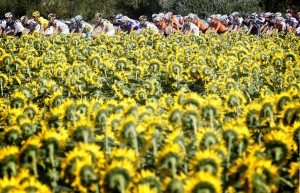 If you want your version of the world published, make every effort to get to know her, and you know who she is, because she used to sleep with him, and that bastard’s married to the sister off the commissioning editor.  But don’t tell him he’s a bastard, obviously.  Let him know he glows in the dark because word gets around, and you know what?  It’s a small world.

Supposedly.  This is one model of the literary life, as a self-serving hive of coteries and changeable alliances moving from one generation to the next, a network of exclusive intimacies.  This must be highly reassuring if you’re in on it, of it, a node on the trembling web.  This model does, however, miss out one essential factor of the literary experience.  The actual production of literature.

The problem lies in the choice of metaphor.  The buzzy, busy hive, the connecting web, the small world.  None of these comparisons seem very helpful when now as always the most distinctive feature of a writer’s life is solitude.  You are about to set out alone on the adventure of, say, a novel.  Ambitious for the work you’re about to create, you have the idea that it should contain the world and everything in it, and at this point in the journey, only just out of your depth, the combination of solitude and ambition will make that world seem vast.

Hardly surprising, then, that it’s tempting to grasp for a lifeline, any offer of rescue to a smaller and safer place.  One shrivelling possibility has it that only a small and select number of people can help.  If you can find them, and ingratiate yourselves to the right names in the right order, then all will be well.  It will not.

The smallness of the writer’s world is best measured in metric, and not in people.  The real challenge of shrink-to-fit (remembering you’re still alone) is the process of putting everything you know and ever thought important onto blank sheets of paper.  An A4 page measures 210 millimetres by 297 millimetres.  For a shortish novel of about 200 typescript pages, the uncharted regions therefore cover an area 59.4 metres by 42.  This is about two-thirds of a soccer pitch or the deck area of a small container ship.  Small or vast?  Depends what you have to say.

Faced with this expressionless expanse of paper, a coterie will not save you.  You’re about to embark on a solo journey, and need more precise an idea of what it might be like.  Let’s stick with journeys, now we’ve started, but what type?  One with a terribly long way to go, but not by air, because there’s not enough detail to be seen from the windows.  Some novels, nevertheless, take a flight-path, and the narrow view through scratched perspex is unengaged and distant, an indistinctness of flattened mountains and muddy brown rivers.  The journey isn’t pedestrian, either, because it needs more pace than that.  If you walk, it’ll take for ever, but some writers, too, have walked it.  Sometimes with interesting results.

I used to think it most like a journey that was also a test of endurance.  The Tour de France came to mind.   France is a believably big country, if you’re on a bicycle, a world in itself of dips and rises, fast stretches with a following wind and long sapping flatlands.  The Tour was undeniably bracing, occasionally convivial, and some of the others were on drugs.  Understandably so, because the race was long and hard and you had to keep on keeping on, all while saving most of your soul for the inevitable suffering in the mountains.

This was a model that once closely matched my idea of the psychological processes of writing a novel.  Sadly.  A sporting metaphor appealed to me because of the energy required, and the sacrifices to be made in return for glory.  There was merit simply in taking part, or so people said, but corrupted by newspapers and UEA, I must have believed that writing was a competition.  The metaphor betrayed me.  It was a race between men in which a flash of champions take the prizes and the rest are condemned to the pack, anonymous domestiques who fetch and carry and add to the spectacle without much troubling the podium.

Wrong.  Novel-writing makes the Tour de France look easy, and sociable.  There will be more numerous and daunting obstacles than the predictable geography of France, and much further to travel.  The boundaries of France are simply not broad enough to cope with the ambition of a book, begun in good faith, which refuses to make the world smaller than it is.

Metaphor and simile, the first resort of frauds and prophets, are rhetorical attempts to make the world more manageable.  They ravel consoling connections from an otherwise large and chaotic existence.  Writing a novel is like riding the Tour de France.  If so, that’s one less experience in this suddenly smaller world that needs to be understood on its own unique terms.

Fortunately, metaphor is an elemental magic: it also makes the world bigger.  You have something in mind and the metaphor makes you think of something else, which makes you think of something else and so on, images to the power of infinity.  Association leads to association until the world has once again insisted on its proper size and shape.  Not small, but bigger than any one person can imagine.  Hence the difficulty of writing a novel.

If literature were a race (old habits die hard), it would be more like the Vendee Globe, which pits solo sailors against each other in a circumnavigation of the planet.  Each sailor is alone, and this is not a spectator sport that will be dominating Sky Sports 1 anytime soon.  There are hundreds of miles between placings.  Even though they’re engaged in the same basic activity, and heading in the same general direction, each boat is separated by widely differing conditions and latitudes, everyone in their own localised weather system with their own particular difficulties.  The fastest are miles ahead, and you’ll never catch them unless their keels fall off.  (If you like this metaphor, and you do insist on racing, take heart from several recent examples of keels falling clean off.  Watch the debris float by.  How delicious.)

But there again, it’s not a race against other people, nor even against the clock.  Books are rarely better for being finished quicker.  Ellen MaCarthur, my novelist of the year and a surprise omission from the Orange Prize shortlist, reminded every ocean-going writer of the significance, in her memorable phrase, of grunting up.  There’s also nothing wrong with a good whinge from time to time.  But although the journey will be as challenging, and as long over the water, not everyone is a Dame Ellen and can finish a book in 72 days, close to the conceivable minimum.

Most of us will embark with a less brittle determination to get there quickly, but equally determined to get round, and bring something back, and not to give up on the way.  Why?  As the magic realist Sir Francis Chichester once said, ‘because it intensifies life’.

There are certain unavoidable features of the journey whoever you are, whoever you know.  It’s going to be a long haul, and most people need a fair wind to get started.  It’s open to both men and women, and the trip has no favourites.  You can start from anywhere, it doesn’t matter, but you’re more likely to make it if you’re properly prepared.  It does help, for example, to have a competent and sympathetic shore crew.  Ellen had her long-range weatherman and satellite navigator, her agent, editor, and a supportive Mum and Dad.  She made detailed plans in advance, and considered a course in Creative Writing or English Literature as a basic Global Positioning Device.  All this must have helped, and you can take maps galore – How to Write the Knox-Johnston Way – but they won’t make the trip for you.  At some point you have to let go, and cast out alone into the silence.

Whatever its exact dimensions, the world is the same size wherever you start.  How much you see and record of it is now up to you, but we all cover the same territory sooner or later, crossing and re-crossing in the wake of others, or in the memory of their wakes, re-living and hopefully re-inventing every previous attempt to encompass the world we live in.  The journey is similar for everyone, and yet also never exactly the same.  No two routes will be identical, no matter how many times the journey is attempted.  Choose your own route, any route you like; more plausibly, any route you can.  Include some stop-offs, go back on yourself, wander lost for years.  Just wander.

Some days will be clement and not as hard as you thought.  At other times, making headway will be more desperate and impossible than you ever imagined.  There will be exhilarating typhoon-force surges, long days in the doldrums, and the unrelenting persistence of the Southern Ocean where progress is only made by defeating the fear that you may not make it.  Be ready for unexpected obstacles, as well as entirely predictable hazards like the famous enemies of promise – freak storms, rudder malfunction, sudden whales in the hall.  You will have to be courageous beyond dreaming and inspired by a vision of the finish, of closing the circle, of having seen and crossed the globe.  You have seen it with your own eyes.  You have got it all in.

There is a romantic element to the journey that will not fade, no matter how many marketing meetings and sales reports clutter the fanciful ocean.  There are uncharted islands to be discovered, even now, and if the world were so small the journey would surely be simpler.  You’d never wonder what you were doing here, or lose sight of land.  You wouldn’t cherish the grand adventure, always worth the candle.

Not everyone is interested, of course.  There’s the plain fact that to many if not most people round-the-world sailing doesn’t matter in the least.  It’s a minority interest, but what it means to other people is not always the most urgent consideration.  Gaze at the long horizon and revel in going solo, you and your sense of destination and your loyalty to your own standards.  Believe in the value of the journey in itself, even if it remains, at heart, like poor magnificent Ellen’s, unnecessary and possibly irrelevant.  But immensely worthwhile if you’re the one actually doing it.

So it’s not a race, but there’s still a finish line, the point at which you’ve been around the world and closed the circle.  It’s invisible, and you could miss it.  You could stop short, or go too far, yet there is, always, a correct, invisible, flawless place to stop.

‘It’s great that I can finally switch my brain off and relax in the company of others which I’ve really missed,’ said 28 year-old prize-winning novelist Ellen MacArthur.  ‘I feel absolutely exhausted but I’m elated to be here.  It has been an unbelievable journey.’

You’re back.  You step outside and look around.  Oh no.  You haven’t moved from where you started.  Around the world we go, alone in search of its wonders, and in real time when it comes to an end we’re still in Falmouth, or wherever else it was we started.  This anti-climax might almost persuade you to accept the limiting smallness of the proverbial small world.  Almost.  Except with the creases at the corners of your eyes, and your 200 pages of navigated paper, you now know better.