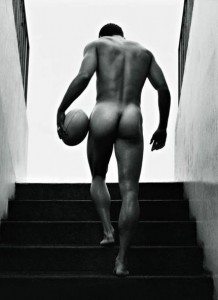 The Heineken Cup is back, though if you live in mainland Britain none of the glamour or vigour is happening near you.  French clubs earned home advantage in three of the four quarter-finals, but because the French remain generous in providing most of the tournament’s exoticism, one of those matches is actually taking place in Spain.

Olympique Biarritz host Munster tomorrow afternoon in the Basque city of San Sebastian, adding an even newer sound to the tournament’s many bells and whistles.  Despite ten years of familiarity since Toulouse first dominated the competition, French clubs retain their talent for the unexpected.

Thankfully so.  Rugby has always needed the French.  They have a habit of seeing things differently, and offer the best living proof, in this era of attempted expansion, that the game can meaningfully transcend its Empire origins.  So how, even after professionalism, have French clubs succeeded in maintaining their distinctness?

One reason is that they’ve always been ahead of the game.  France was banned in 1931 from the then 5 Nations because the clubs were paying players, a full sixty-five years before rugby went professional.  That’s forward-thinking on an epic scale.  They’re already prepared for global warming, and on the hard sunlit pitches of South-West France the players run faster which means less useful work for props and better-looking teams all round.  This in turn puts them in advance of their European rivals when it comes to marketing their stars.  Nude photos of a fit and tanned Fred Michalak do a roaring trade on gay internet sites.  The French were also unsung pioneers of nutritional supplements, recognising exceptionally early the need for a decent Bordeaux with any protein-based main meal.

The result? A vigorous championnat that accommodates an inexhaustible supply of magical backs, but also ferocious front-rows and the coaching input of Dean Richards.

So there it is, vive la difference, except these days a more significant difference is probably the absence of a salary cap.  This means that Toulouse can put together the heady cultural mix of Isitolo Maka and Trevor Brennan in the back row, Clement Poitrenaud and Gareth Thomas competing for the red and black No.15 shirt.  The big French clubs don’t do either/or.  This is the ‘and’ generation, which is why the likes of Stephen Jones, Dan Luger and Nathan Hines are lured across the Channel.  The French clubs don’t need them, but seeing as they could possibly come in useful, they might as well bring them in.

The richest clubs like Stade Francais and Toulouse are only interested in the best players, which means they mostly buy French.  In this way, the scale of the transfer traffic doesn’t always get through to us.  It explains how Biarritz end up with Betsen, Harinordoquy, Yachvilli, Brusque and Damien Traille.  Stade Francais are more cosmopolitan, introducing Peter de Villiers and Brian Leibenberg to their inner Frenchman, as well as recruiting the best of the Argentines and Italians (Agustin Pichot and the Bergamasco brothers).  The French super-clubs, unrestrained by a salary cap, are already testing out the limits of a Real-Madrid style team of Galacticos.

It would be nice to think that this concept is equally likely to fail in rugby.  Every year, almost single-handedly, Munster demonstrate that a passionate sense of belonging is always worth points on the board.  Stade Francais bought their way to one European Cup final, where they were overcome by the intact soul of a salary-capped Leicester.  Only Toulouse seem to have found the secret of protecting their native identity while gradually changing personnel, and this is why they’re perennially the most likely of the French challengers.

Another big difference, this year, is that none of the French players covet a spot with the Lions.  The Lions?  I was so doing so well – not a single mention until now, but the Lions selection is compelling exactly because it’s a type of home-nations galacticomania, only without the money.  For the first stirrings of the real thing, in the professional age, look at the prototype teams running out this weekend in France.  And Spain.  The French clubs are exotic because they’re French, but also because they’re the future.